An hour extra in the morning means time for photo editing before getting back to work—-and the unloading and re-sorting and re-organizing of things I bought, things I took, laundry, going through the mail and a few snuggles with the dogs.

We stayed in the Residence Inn on Main Street just south of the Medical Center–a conglomeration of several humongous hospitals. The first floor of all the buildings were under construction due to flooding from the nearby bayou—dry wall dust was everywhere but the staff were cheerful and the Krogers next door was fully stocked–easy to run over and collect something for supper. 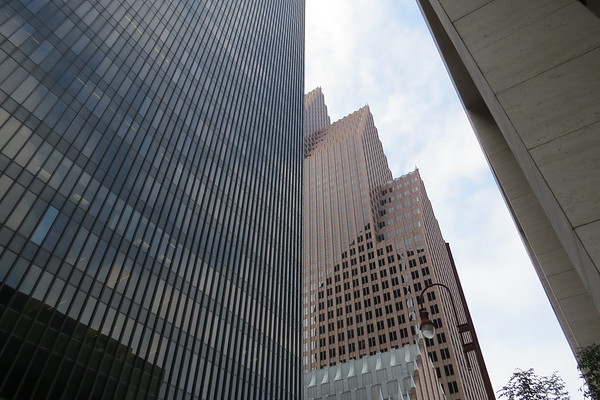 I spent an afternoon wandering around downtown photographing buildings—usually the same buildings I have photographed before as they tend to be my favorites. George Brown Convention center has been enlarged immensely; there are now several surrounding huge hotels and several eating places. The front of the building had streamers floating over yellow umbrellas sheltering tables and chairs. On Friday night there was a fabulous gymnastic exhibition with teenage girls wearing sparkling harlequin outfits. 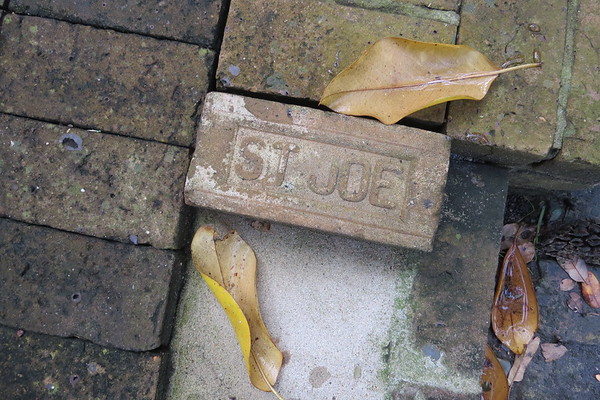 As it was November 1, I wanted to find a church to spend a few moments in—and that turned out to be Christ Church Cathedral–the second Episcopal Church in the Republic of Texas. The interior of this church is splendid with immense stained glass windows on three sides. And then there was the loose brick with St. Joe on it—I coveted—but did not abscond with it. 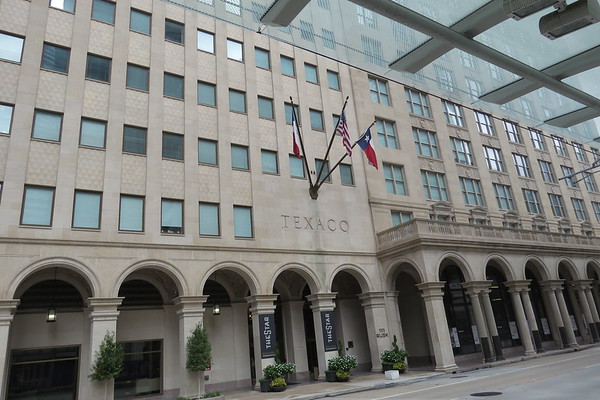 I was also pleased to see the old Texaco building on Rusk had been renovated to include luxury apartments and is now named The Star…after Texaco moved to a new building–the building fell into some disrepair and had homeless people sleeping under its veranda–smelled of urine and booze–but now it is sparkling.

A look at the Pennzoil building–my favorite and it was time to head back to the GRB. 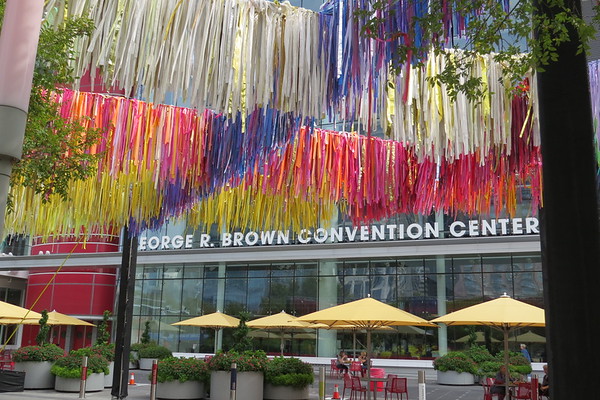