As part of Mardi Gras activities the city of Beaumont planned a concert in connection with a performance by the Clydesdales. I had always wanted to see these magnificent creatures up close and personal and so I made my way on a late afternoon to the Event Center in downtown Beaumont.

Alas, the weather was dreary beyond belief–gray skies, dripping rain at times, pouring at others accompanied by flashes of lightning. The band was not there but the beer had been tapped to the enjoyment of a few hardy souls who ventured out on this nasty day.

I had spied three big red Semis labeled Clydesdale and feared it would be as close as I would get. Then two of them pulled out and LEFT!

After warming up in my truck—that diesel engine does not mind keeping me warm==I could see a man leading a horse covered with a blanket through the streets to the rear of the building. 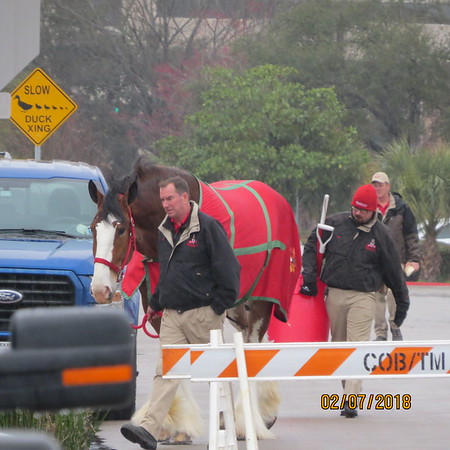 Somehow I managed to be about third in line to have my photo taken with this magnificent creature. We were encouraged to pet the horse–a child was able to stand on tippy toes to pet its knee–I was able to reach its shoulder–much to its surprise as it looked back at me with a wondering eye. 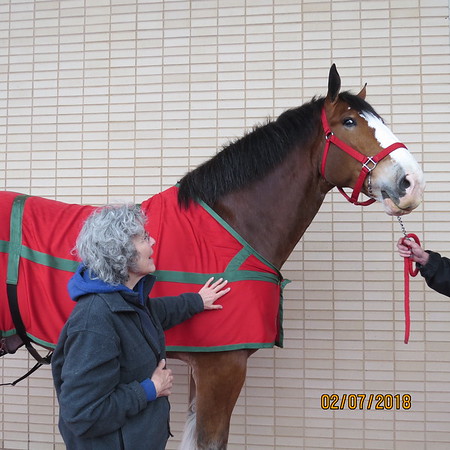 This wasn’t exactly on my bucket list but it was thrilling and now I have photo documentation.