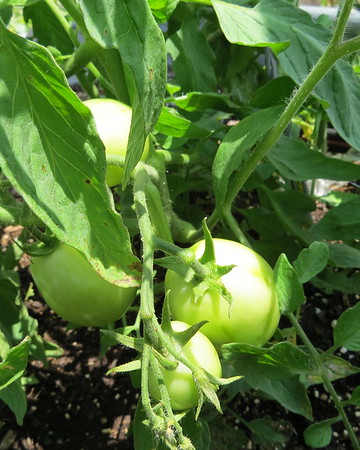 Everyone I knew when I was growing up had a garden; some larger than others but all of them featured vegetables and a row or two of flowers.

My grandfather always planted potatoes on Good Friday with the first harvest in late August. I remember my parents (and later I helped) cutting up the old wrinkled potatoes that lived in a bin in the basement to plant in late May/early June. Harvest time was in September and Dad would hitch up the plow and plow the entire garden including the potato patch. It was our job to pick up all those potatoes.

Radishes were usually the first vegetable, followed by black seeded Simpson lettuce which was always served swimming in mayonnaise.  A row of marigolds to discourage rabbits and deer and a row of zinnias for color were always planted nearest the house.  Tomato and cabbage sets were bought from the greenhouse and required daily watering for two weeks or more until their roots were firmly set. Sweet corn and popcorn and cucumbers and pumpkins were planted; and sometimes the timing was right for the piglets to wander under the electric fence and sample the growing garden.

It has taken me a few years to understand the gardening cycle in this part of Texas that is so very different from southwestern Wisconsin. Planting peas and lettuce in late May does not work but nearly anything you put in the ground in Wisconsin this time of year will grow abundantly.

However this year we had snow peas from January to last night; lettuce in form of Bibb and Simpson for several months–it has now bolted; and at long last I now have the promise of tomatoes and cucumbers. The okra has sprouted and I hope to have enough to pickle and freeze for the winter months ahead. 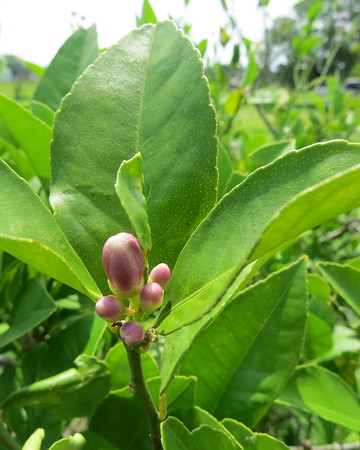 Each year we wonder if we will have lemons and each year I am tasked with finding things to do with all the lemons. There are still lemons in my refrigerator and the promise of at least that many more plus blooms suggesting even more 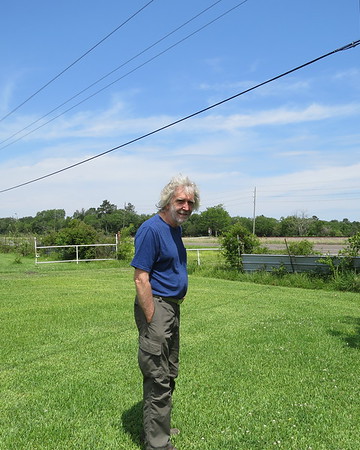 That tree is to the far behind the white metal gate. It has never grown much taller, just rounder and fuller, making picking all of those lemons an easy task except for the ones requiring us to get on our hands and knees to pick the bottom most group hidden near the trunk of the tree.