Peas and Lettuce and a Lemon Tree

Being of Midwestern stock and of the rural variety, a garden was a regular part of life. Each January the seed catalogs would appear, brightening up the dull gray, white and black of the outdoors to visions of summer with outdoor activities not associated with loads of extra clothing. We tended to forget the mud season otherwise known as mud season and of seasonal floods with wagers about whether or not Stark’s Sporting store would flood again this year.

Everyone planned their garden about the same way, a row of zinnias (they grew fast) and marigolds (to keep away the rabbits and deer) and then tomatoes and carrots and lettuce and peas and sweet corn and green beans and squash or pumpkins. Maybe one or two experimental vegetables that looked so fun in the catalog

Now on the Gulf Coast of Texas it has taken me awhile to adjust to our four season gardening. Lettuce was planted in December and was slow to sprout but now I have it in abundance. 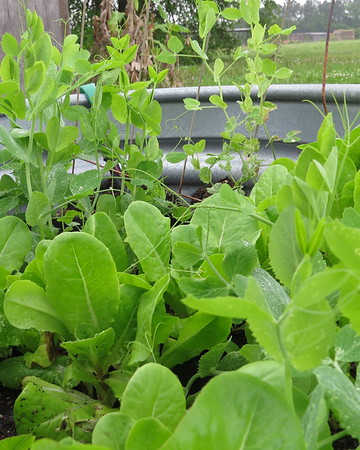 Peas were planted in January–had to plant twice, the seeds kept coming to the top of the soil. There isn’t enough to make a meal but as garnishes and as dippers for the spinach dip I made the other day, perfect

And then there is the lemon tree

This little tree produced a dozen lemons the first year and we were delighted; the next year triple that and since then so many lemons. 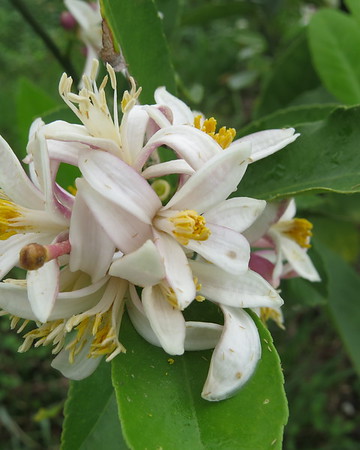 The blossoms this year are plentiful and fill the air with a delightful scent—the bees are working that tree along with the clover—plenty of honey to process in the near future.

Like Loading...
From: bees, Garden, Home and Children, Uncategorized
← Cherries and a Pear
Yellow flowers and Tomatoes →
No comments yet