Some years ago, I had the misfortune to slip and fall breaking the patellas on my left leg. I was fortunate enough–or dumb enough to work while on crutches. Having a standard vehicle meant I could not drive myself to work; husband drove me to work and while I was at work, took his motorcycle to various nearby places to photograph some of the wildlife. This wildlife refuge was one of his favorite places.

it had sustained some damage during Hurricane Harvey but had two large very tall lookout areas. Whooping cranes could be seen in the far distance and according to the rangers, there were several pairs.

It was windy and chilly up there but a great view.

This was labeled the alligator pond but none had read the brochure stating they would be available for photo ops that day. 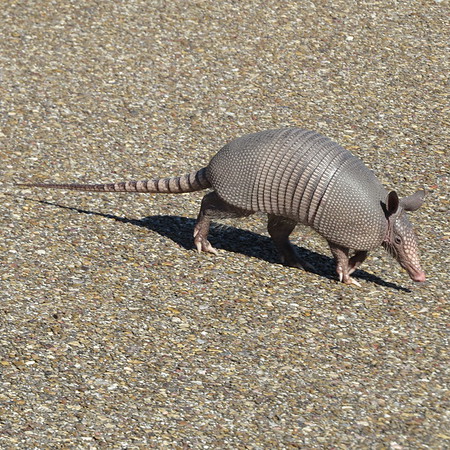 And another BIG TREE—-I can’t remember how many we did see and we wondered if perhaps some of the ones we saw with multiple trunks within a very small area were a community instead of individual trees. 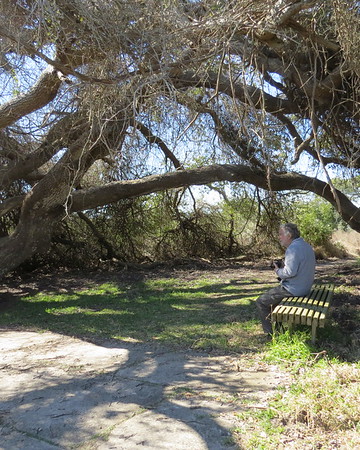 Forgot to mention the best part of our trip. Because we both qualified and did buy National Park Senior Forever Passes and then a Texas State Park annual pass–we didn’t spend all that much money on entry fees—except for tomorrow’s entry.

Like Loading...
Tags: Arasas Wildlife Refuge
From: photography, Travel & Places I've been, Uncategorized
← The Big Tree
Fish and Flamingoes →
No comments yet