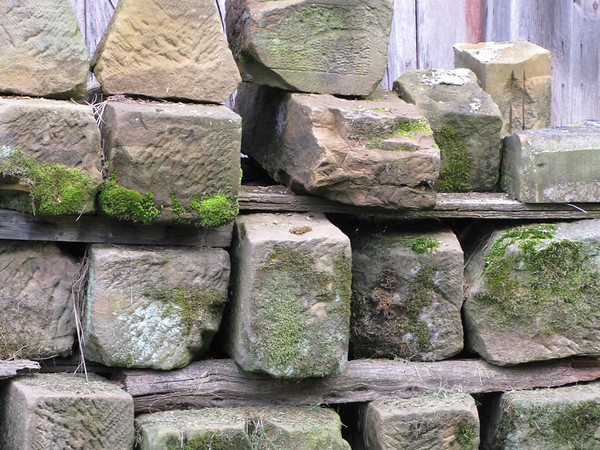 A pile of rocks against a weathered barn wall caught my eye. There was an abundance of moss on a few of those rocks suggesting a long term placement. The rocks or stones or building blocks were piled on each other and on some weathered boards and were definitely not uniform shapes.

After learning a bit in Photoshop in a class by the Pixeladies two years ago, I was able to convert the photo to black and white; resize it and then rather than printing it section by section on my home printer, I emailed it to Office Depot. I splurged on a bit more expensive paper for a poster sized print I could use as my direct pattern for each piece. 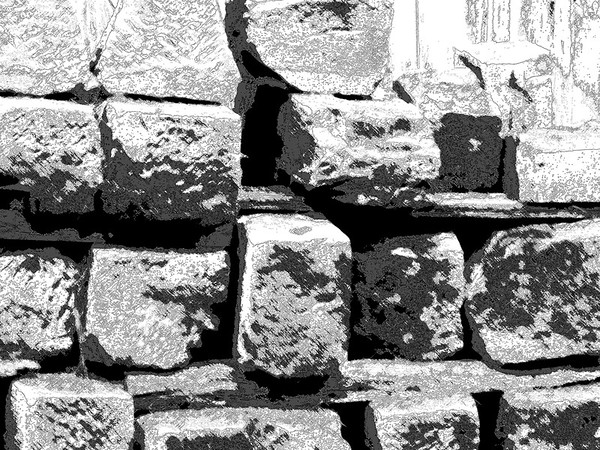 The next step was to pull appropriate fabrics–not necessarily true to life colors but ones that were appealing AND as part of a composition exercise regarding proportions of colors contained in a non-related picture. (my image was a map of somewhere near Seattle with cities, roads, rivers, and suggested route in red). Although I started with that color scheme in mind, it quickly became something else. 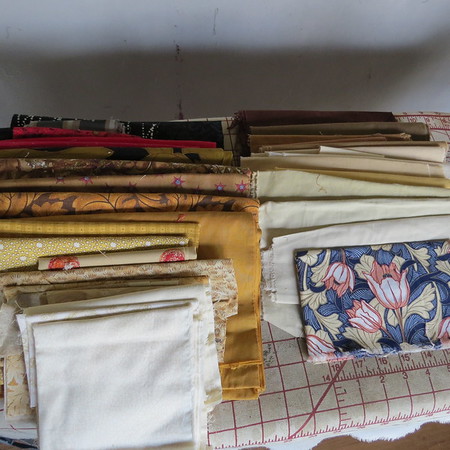 Tomorrow I’ll show you the next step.

Like Loading...
Tags: pixeladies
From: Artwork, Uncategorized
← Of pelicans and seagulls and grackles
Rocks, Building Stones and Boards II →
No comments yet