Ending Again with a Swirl

I’m good at making  lists; its a good way to procrastinate. Instead of doing something, I can make a list–or just re-arrange things and then make a list.

However, after making a list this time, I set to work on doing some finishing.

In December, I quilted six tops–six that had been moved from place to place–but now are quilted and waiting for binding. 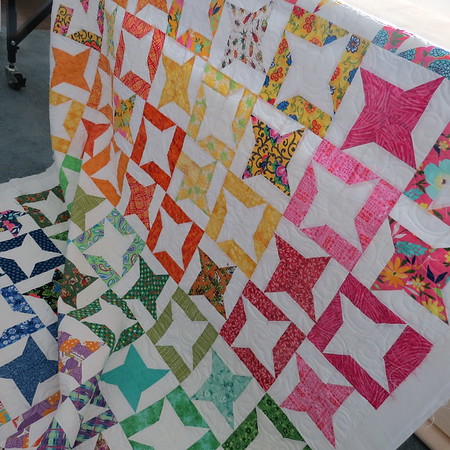 Some people dislike binding–I really enjoy it–it feels like the last loving touch on a quilt that will comfort and cuddle someone–it may be someone I know–or someone I don’t but it always goes with my love and prayer.

Vivian–named after my grandmother–and I quilted them. I like pantographs–edge to edge quilting patterns–I only have to think about the beginning and ending of each row–just once and then the ending row—otherwise it is mindless following the little red dot across a pattern–and for these two–it was a swirling curlicue with gentle curves. 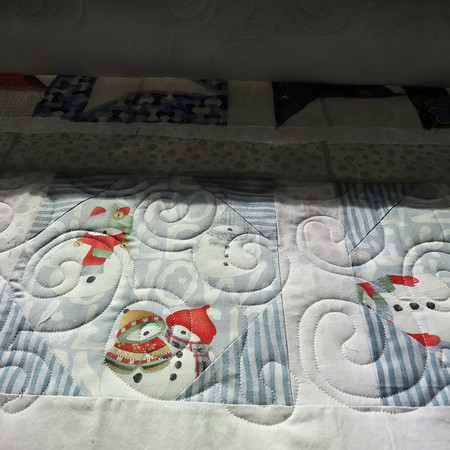 My list still has quite a few on it–but I made a significant dent—now to the binding.