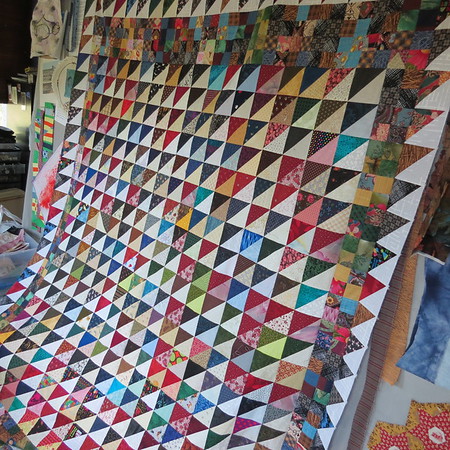 I belong to a group called ‘Happy Scrappers’. The name was supposed to imply that we used our scraps to make quilt blocks but in truth there is a lot of verbal scrapping–sometimes reaching reality TV level of entertainment….as long as you are not the object of the discussion.

Last year, two exchanges were chosen, my vote being cast as the deciding vote against a particular name fabric–of which I have exactly two yards.

The two projects involved making hundreds or thousands of half square triangles and some four patches. Thousands of them! And enough to cover a football field–well, maybe not quite that many.

I duly cut, sewed,, trimmed, and measured. One set did not follow the rules–I reread those rules and they did not say what everyone else thought they said–but then they got to see the finished block example. So all of my carefully measured pieces returned to me. One set did make the cut and I received a variety of triangles…enough to cover inner field of a baseball diamond–T-ball size.

What to do with those triangles and four patches?

I put them together into one fairly large quilt with just a few left-over, enough to border a label, and a few to add to the orphan block box. That is getting full–so maybe I need to address that problem–but not tonight. 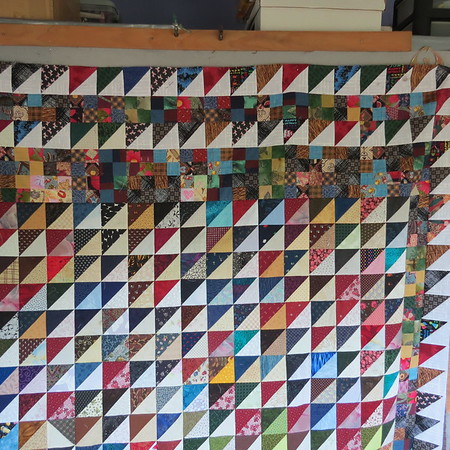