cleaning out boxes and drawers 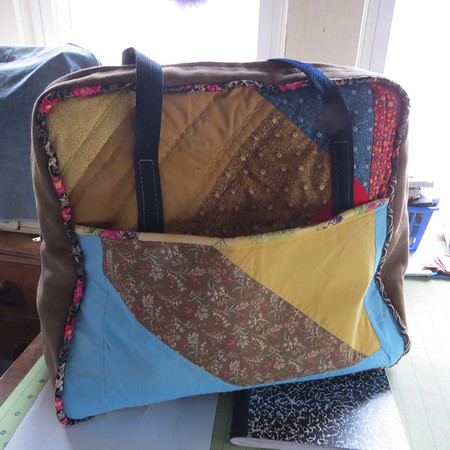 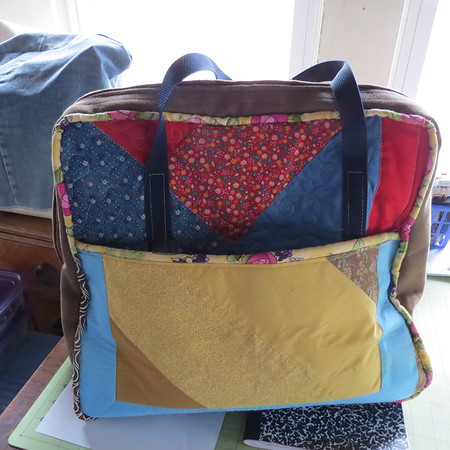 When my parents died and I had the task of organizing and dispersing of their possessions, there was no question about who would get all of my mother’s sewing/quilting related fabrics, uncompleted projects, threads, notions–and the fabric related things she had collected from various family members.

I already had plenty of this stuff of my own!

However, I am working my way through some of her projects, completing some of them as gifts for great-grandchildren and others just because.

This is a pattern I had collected several years ago but never had the courage to take it out and actually make it. The panels are two quilted smallish pieces my mother had used to learn machine quilting on her new Bernina. The side pockets are a third panel she never worked on. The interior is composed of two decorator fabrics culled from the give-away table at the local quilt guild.

I am pleased with my final project. I don’t think I will use any of her other unfinished projects in this manner but it was a fun project and now there are three less to worry about.