A day at Sweet Pea

What to do on a dreary January day?

Why load up and haul self, snacks, games, and jammies to the beach!

We arrived in time to smell cinnamon rolls baking in the oven–it was definitely time for my second breakfast and another round of coffee. After catching up a bit and admiring the beach cabin–with a huge jar of beach glass, a shell chandelier, maps, and so forth, we awaited the arrival of two more. They were on the ferry with huge waves washing over their car–Usually people get out and wander around the ferry but this morning–everyone stayed snugly in their vehicles. 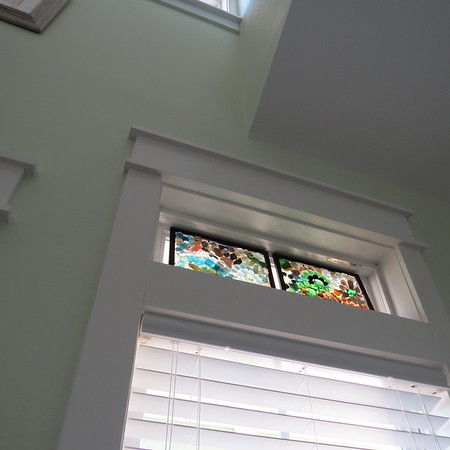 After more catching up we settled down to serious business. There was hair chalk to be applied, a (cold) brisk walk on the beach, lunch, more chatter, supper, and a rousing game of Scrubble.

Scrubble is played with a regular Scrabble board with the rules just changed a bit. The first word has to be a real word and then the fun begins. The ‘word’ has to have at least one vowel and as many consonants as you think you can pronounce–and then a definition has to be given. We invented this game during our cruise last year and were eager to play it again.

There was knitting of a purple hat–part of the newborn shaken baby education outreach.

There was hunting under the furniture for missing scrabble tiles. 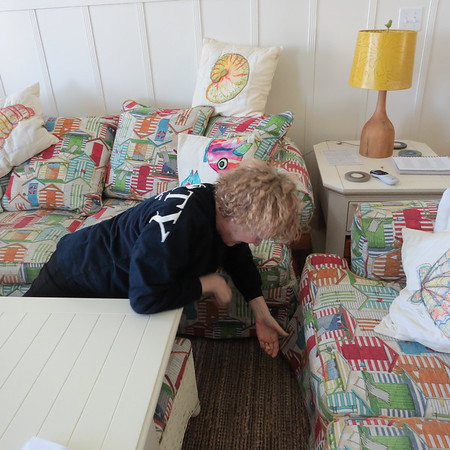 There was cleaning up and packing up.

There were hugs and tears all around–our next venture will not be until March of this year. 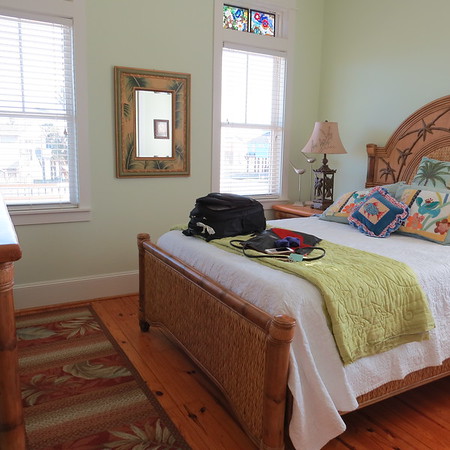