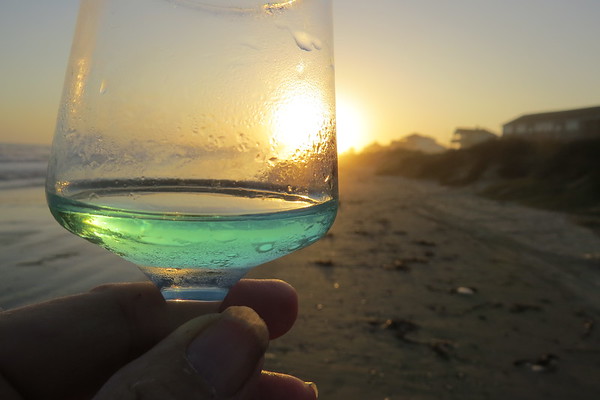 Holus Bolus celebrates ten years together—-we first met at Los Fuentes restaurant in LaGrange Texas after a fiber filled weeked at the Creativity Center–the dream of Karey Bresenham. Seated at the end of a very long table we began chatting and Sherry read the fiber book I had made for her about her mother’s pretty yellow dress. One thing led to another and we began round robin fiber books–and then we decided to meet more often than just at Quilt Festival and so the adventures began. In May we will go on a quilting cruise.

We have seen each other through health issues, hurricanes, and hilarity bonding together with Cissy’s deviled eggs, Suzanne’s gourmet meals, Jeanelle’s creative use of group projects, Sherry’s patient teaching, and my penchant for solitude. We have shopped at Goodwill for blonde wigs and sparkly jackets, the Treasure House for just looking for funky stuff, and have traveled to Camp Allen, Tomball’s Cabin Too, and Stonewall where I assigned myself the task of filling the hummingbird feeders—they were hungry little critters!

Sometimes we get together as five, and sometimes as three or four or even two–but it is always a joyful thing.

This past week I joined Cissy, Sherry and Jeanelle at the beach cabin (now there is an oxymoron for you–it was anything but a cabin) of her daughter for a day on the beach. We took handwork projects–I worked on my stitch every day silk sampler and finished up all the precut hexies I had. Cissy made two wonderful salads and then it was time for the beach and the sunset.

I took a lot of photos but chose just a few to represent our time. We toasted to friendship and the wonderful world with blueberry champagne.

If everyone had a group of friends like this—and spent their time so wonderfully–what a wonderful world this would be.

As usual more photos are here on smugmug: https://sylviaweirphotos.smugmug.com/organize/QuiltGroups/Bolivar-2017-at-Ocean-Blu

Like Loading...
Tags: Bolivar Peninsula, Karey Bresenham
From: photography, Travel & Places I've been
← A day with Degas
Moving but getting Nowhere →
No comments yet