Beyond Crazy from the Heat 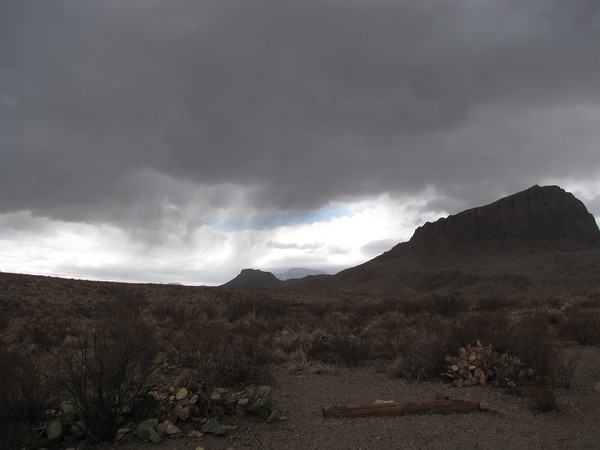 James Houston Evans has made a career of photographing Big Bend for the past thirty years or more. He had a commercial studio in Austin but moved to Marathon, and took a job as a cook at the Gage Hotel–knowing little or nothing about cooking. He spent his days off hiking in Big Bend.

He also worked for Keith Carter, a local photographer who teaches at Lamar University–and was one of my mentors during my master’s degree in Visual Art at same institution.

McFadden Ward House Museum hosted the event and their first ever art show. I don’t really have permission to post his photos here–the above photo is one of mine taken minutes before we were deluged in a rain storm. Here is his website; http://www.jameshevans.com/

We have been to Big Bend several times–the first time thinking we would be done with it in three days and ready to move on—but it fascinates us and we have been back many times. Although James Evans thinks living there lets him have a special knowledge of the place and the light over the mountains—but the familiar can soon become commonplace and new eyes may take a fresh new look at it all.

Here are more of my photos from Big Bend—taken at a time when I didn’t really sort through them and delete a lot–maybe that will be a project in my older age.