Time to Get Up and Get Going

This past week’s photo assignment was morning light. I’ve been working in Houston this past week and found my breakfast at the Corner Bakery on Yale Street. It seemed to be a favorite place for police officers as well. The first morning there were a dozen motorcycles and two police cars parked outside. The officers all sat on one side of the partition while us mere mortals sat on the other side.

The police officers were there for nearly an hour–most of them working diligently on their ipads–I suppose they were writing up their reports.

I also took some photos of the traffic on I-10 heading east. Traffic through Houston is always challenging; I-45 for the second day really challenging. Enter right and exit left in just a mile with six lanes of traffic–none of whom were in the speed limit–aargh—I hate working in Houston but it’s the only work I can find right now.  Hopefully it will be for only one more year and I can officially retire. 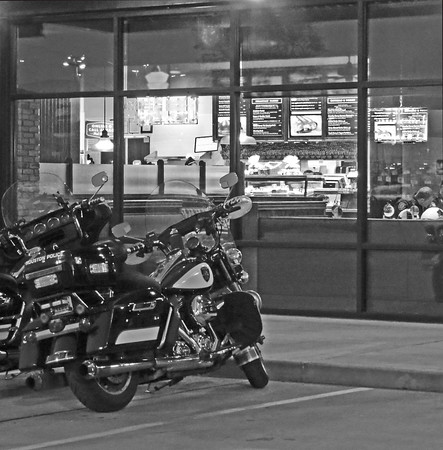 here is the beginning of the traffic. I didn’t have the nerve to try to photo I-45 while driving although frequently the traffic came to a standstill. 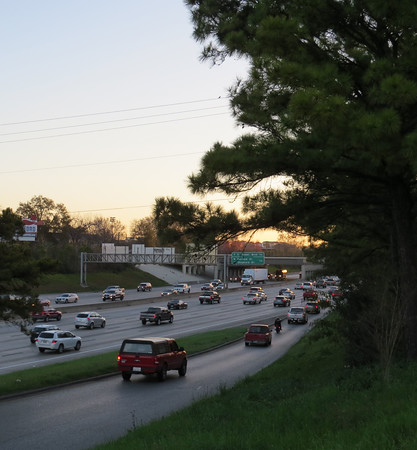 Like Loading...
From: photography, Uncategorized
← Wild Azaleas for SAQA
Flying to the moon and stars →
No comments yet